My Bomb As F*%& Caesar Dressing 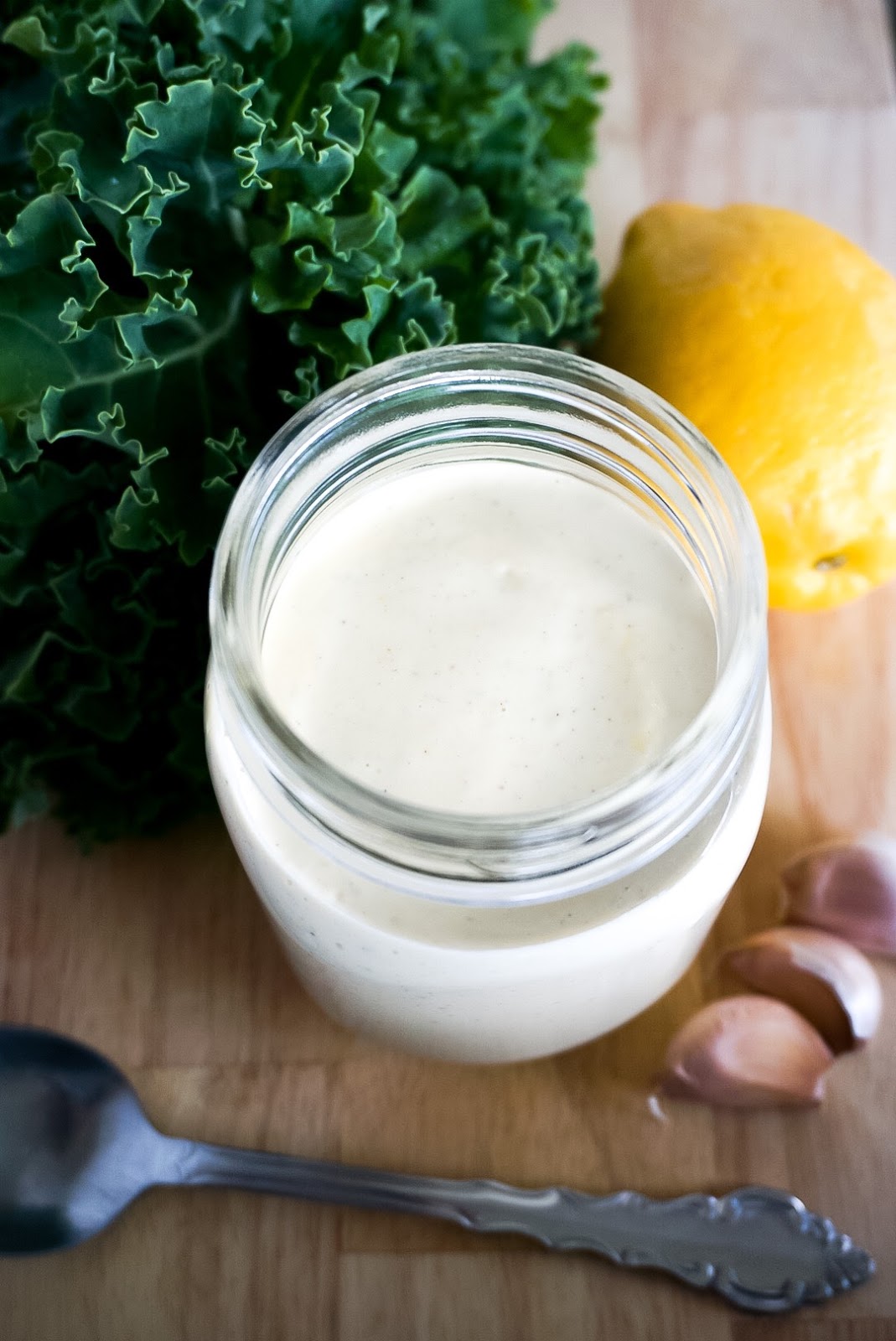 I really don't like arrogant chefs.
The cooking industry is polluted with them.

I like to think I'm a humble person and not one of those cocky young chefs who think they're Gods gift to the earth because they can work the Entremetier or Saucier station. Or one of those chefs who will constantly talk smack behind another chefs back and say they're better than them.. Oh boy is it a tough and cut throat industry to work in, especially for someone who is sensitive and empathetic like myself.

But that being said, there does come a time when you're totally confident in something and you're aware of it. Not putting others down in the process, but just knowing that this is something you do a great job at. That my friends, is why I named this recipe not just caesar dressing, but My Bomb As F*%& Caesar Dressing. 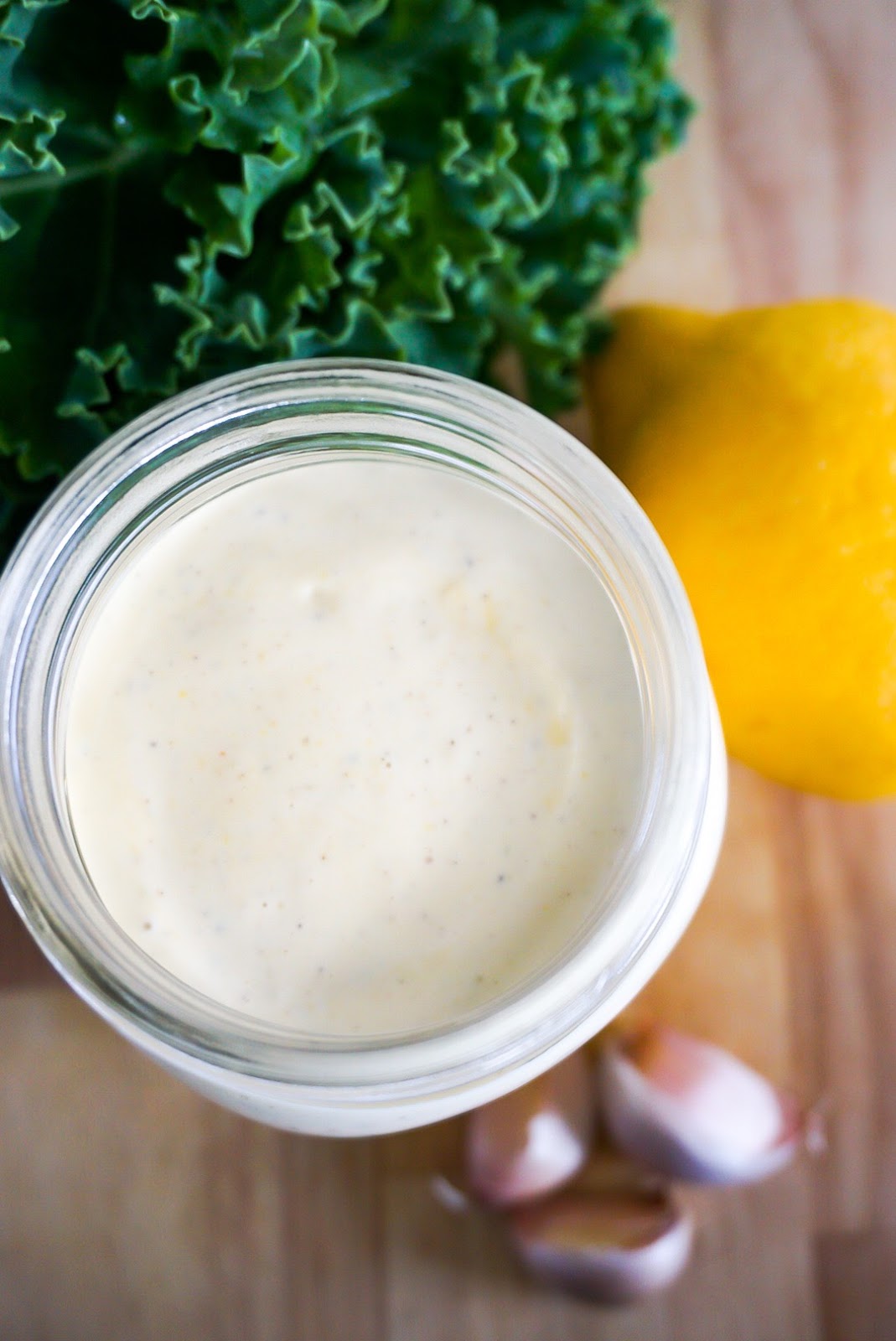 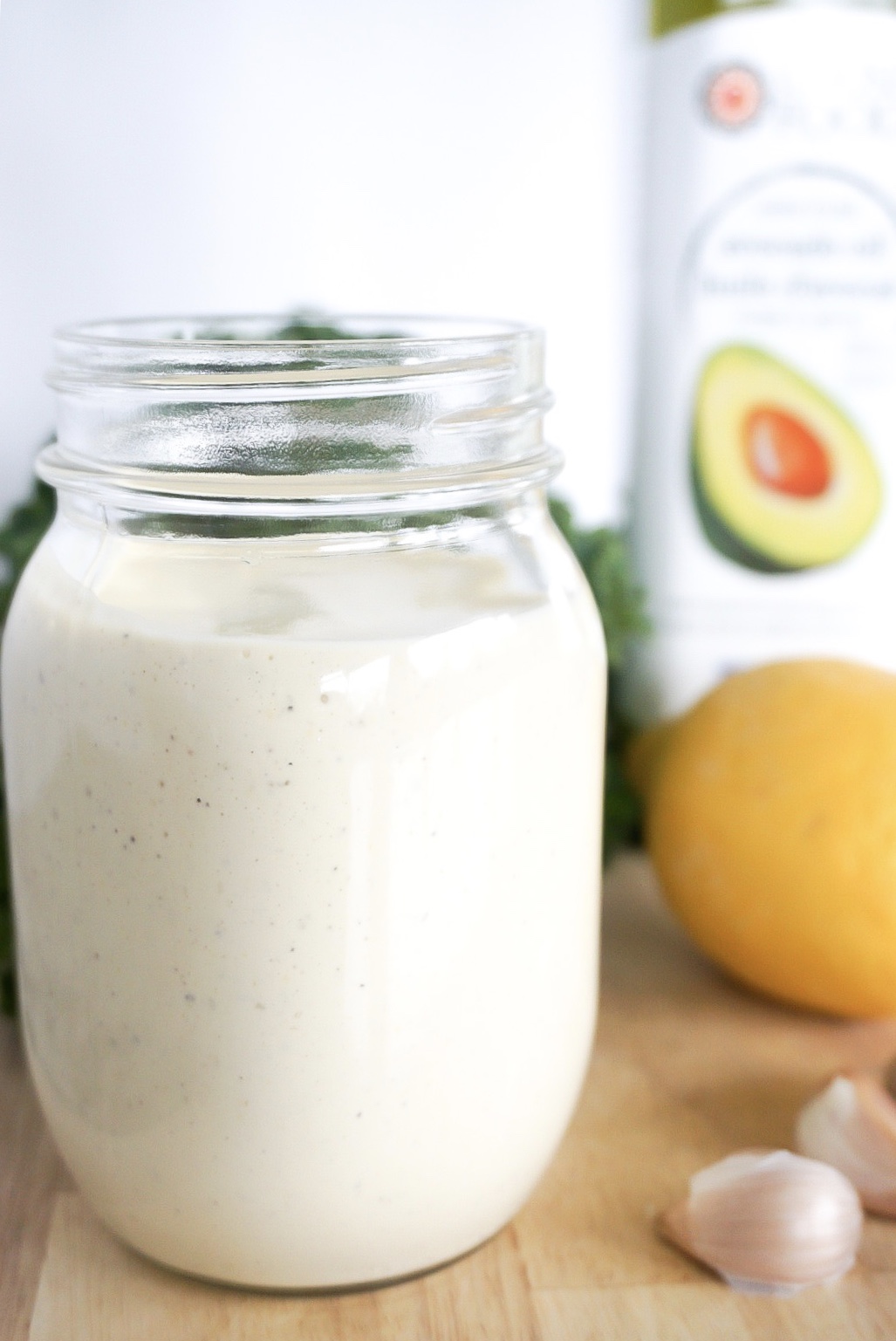 Admittedly, I'm a bit of a caesar dressing snob. I know, I know. What a hypocrite I am to say I'm a snob just after saying that I hate arrogant chefs. But I really don't like the taste of a lot of the pre made caesar dressings, and I almost refuse to get them when I eat at chain restaurants. Over priced salads starting at $12 and it's made with a nasty ass pre made dressing.

Just make your own!
In highschool, by best friend and I would walk to her place at lunch and make our own caesar dressing. I can't remember if we cheated and used mayo instead of making our own, but regardless, it was so damn tasty and since then I've been hooked on a zesty, garlicky, homemade caesar dressing.

Besides a kale salad, one of my favourite ways to eat a caesar salad is on a grilled head of romaine.
If you have a bbq or fire grill handy, simply cut the romaine head in half. Lightly brush romaine with olive oil and grill until the leafs are lightly charred. Drizzle the dressing on top of romaine and finish  with your favourite add ons such as grilled chicken breast, parmesan, croutons or bacon.

OR! Amp up your brunch game by making this! I mixed the dressing in with mixed spring greens and arugula, and added hot bacon strips, a soft yolk fried egg and home made toasted bagel crumbs.
My boyfriend will vouch for me when I say it was seriously SO freakin good. 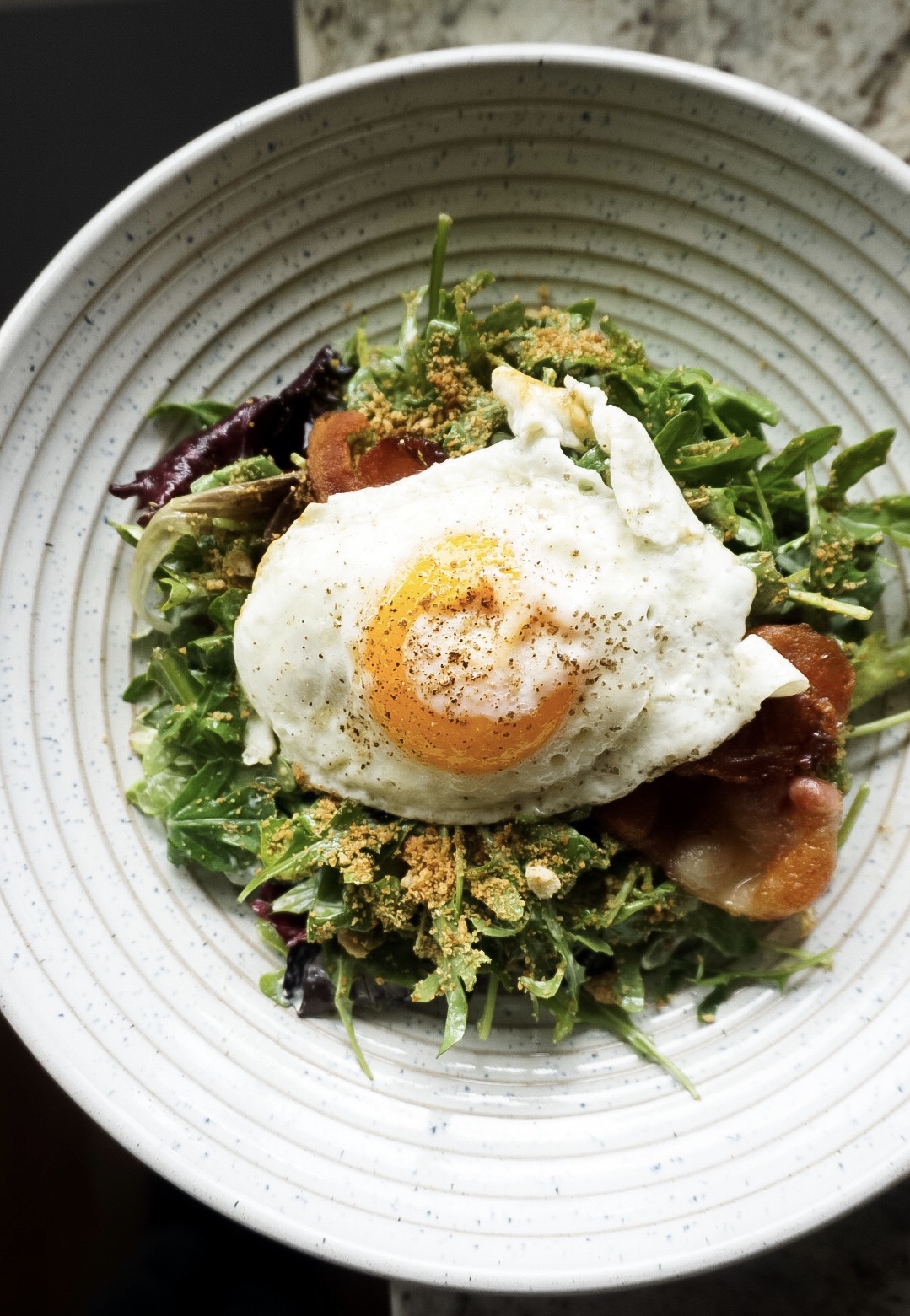 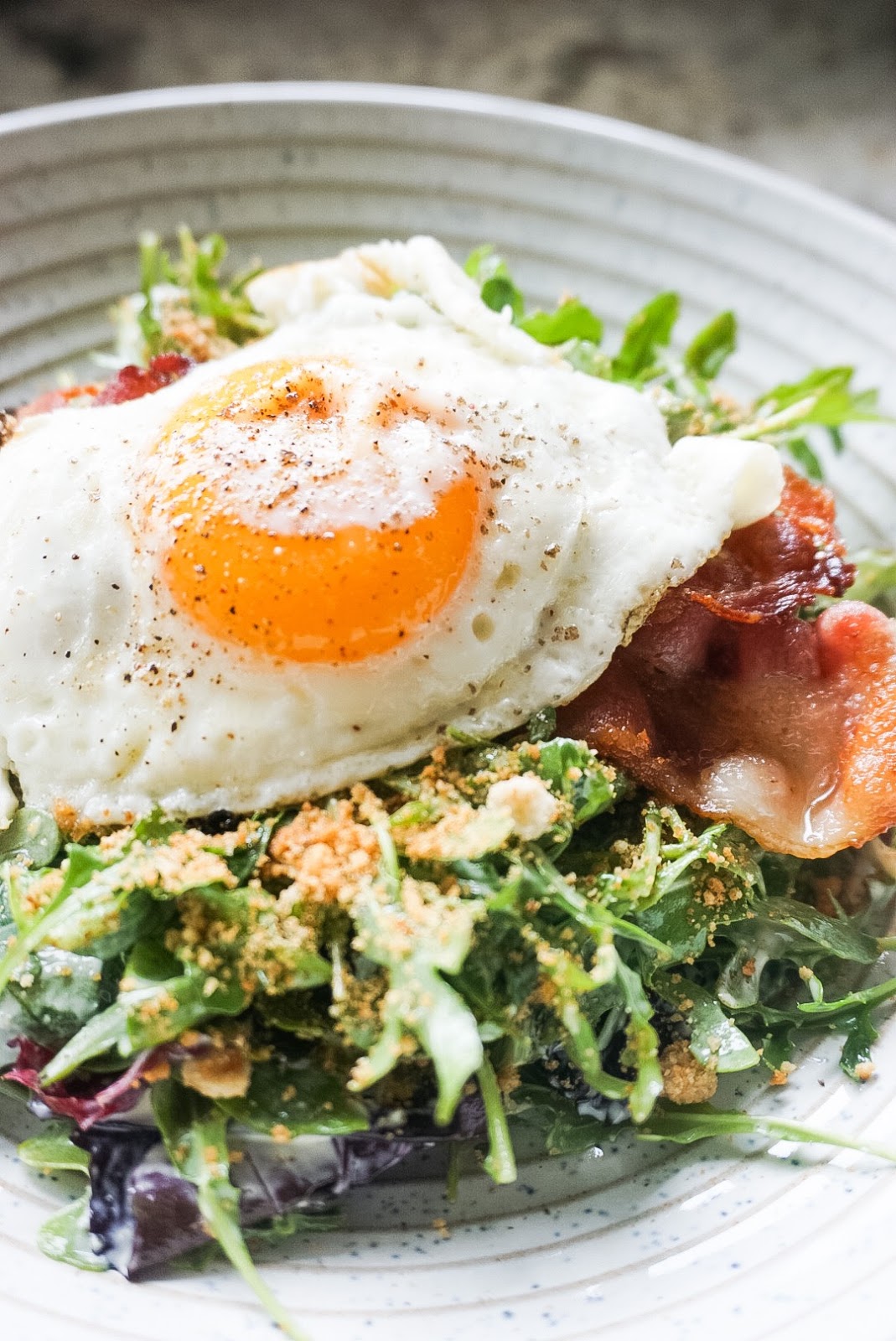 Before you start making the recipe, take this tip from the pro/me/someone who has done this:
Have all the ingredients ready beforehand to get you set up for success. Over mixing the dressing will cause the yolk to "split" from the oil, breaking the emulsion and it won't be a smooth like you want it to be. But if the yolk does split, don't worry too much and say "fuck" >10 times like I did. I promise you it will still taste fine. Just call it a "broken" caesar dressing to your guests and they'll think you meant to do that ;)

recipe notes:
If you don't like anchovies or want to keep this recipe ovo-vegetarian, omit the anchovy paste and increase the amount of capers to 2 tsp - 1 tbsp (depending on taste preference).

In your food processor, place the yolks in the container and turn on the speed to low. SLOWLY drizzle in the olive oil a little bit at a time. This should take you ~20-30 seconds. After the olive oil is emulsified, I like to stop and scrape the sides to make sure it is all being emulsified into a smooth mixture. Slowly start to drizzle the avocado oil in, again, only a little bit at a time. Next, slowly pour in the lemon juice.

Add in the remaining ingredients and combine on low speed.

Makes approximately 500ml of dressing.
Store in the fridge for up to 7 days 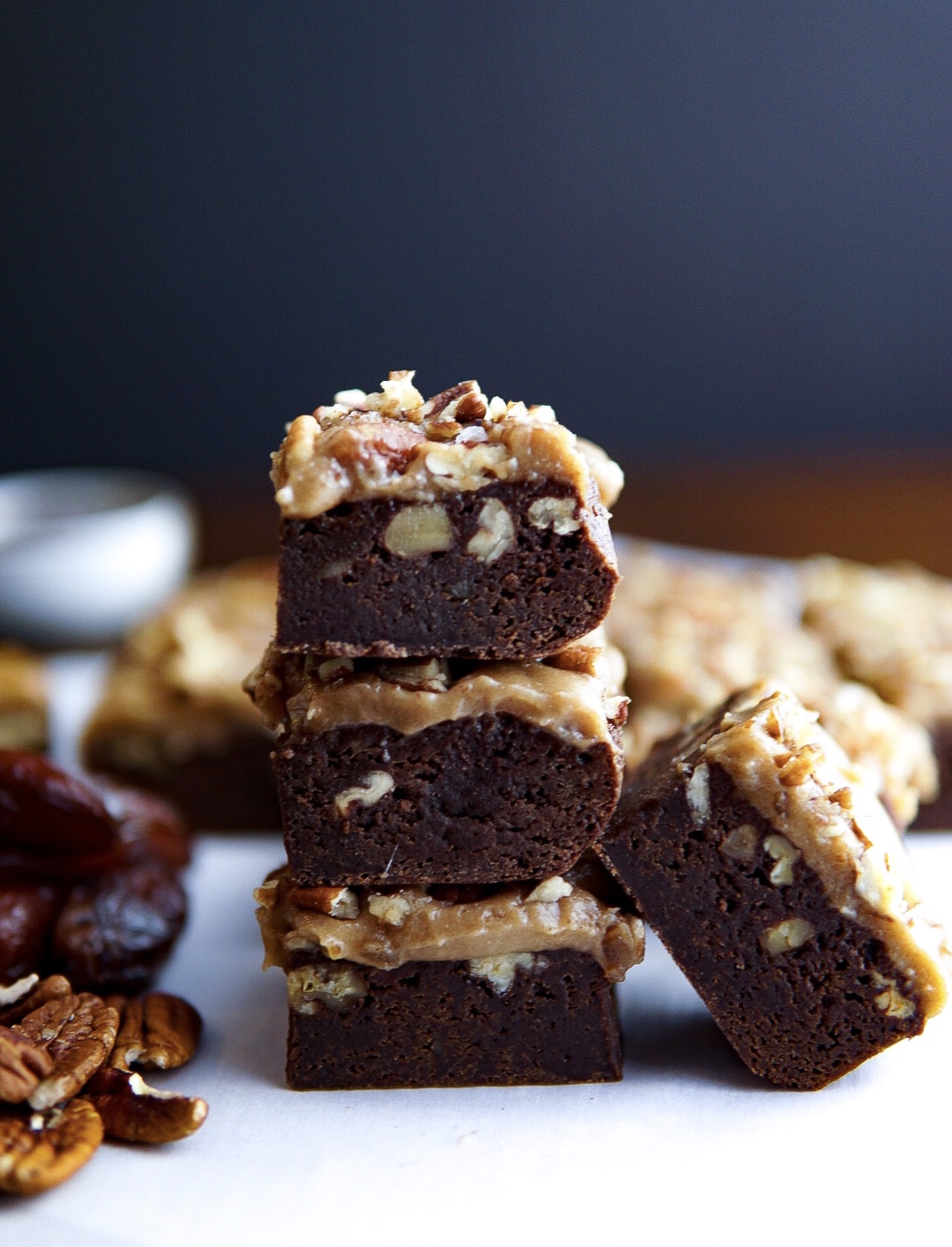 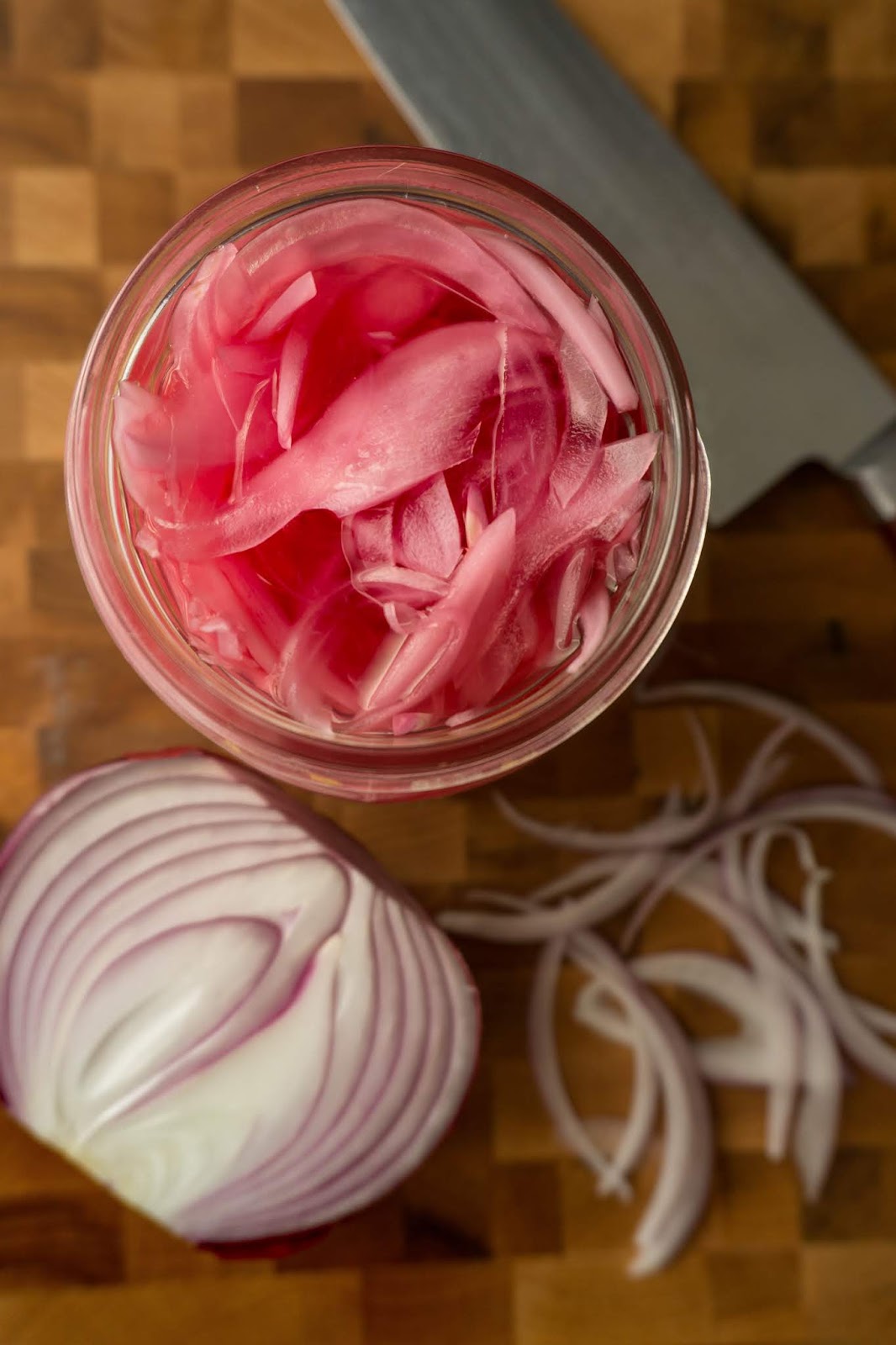